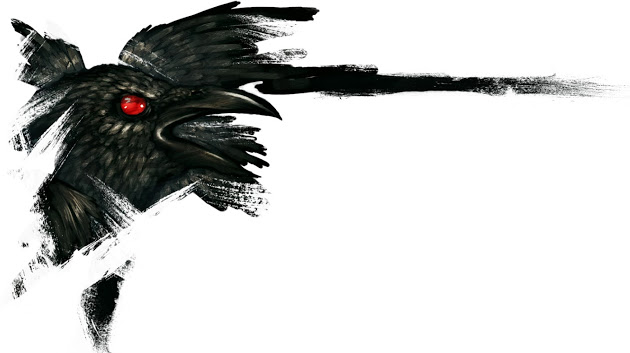 The Gun of Crow

” Some say god’s turned his back on us. I ain’t never been much for religion. But the things I’ve seen would make an atheist think twice.” Gun sits around a fire across from Merlin and Susannah. Unable to eat, he opts for yet another satchel of bourbon, as he informs the two of his time away from Crow.

” Any idea what happened?” Susannah asks.

” Not sure. There are signs. ” Gun takes a huge sip of bourbon before continuing. “I’d been bouncing from town to town for quite some time. Rumors really – if you can even call them that. Everywhere I went, someone had a story, someone had a solution, more often than not – that someone -ended up dead.”

“Easy Sue. For the most part, it was their own fault. You’d be surprised how quickly people are willing to follow nutcases – when they’re afraid.”

Merlin interrupts ” So it was?”

“Sacrifice. Mostly. I’d say about a third of the camps on the outside -had formed some kind of cult. The rest, are pretty much run by the biggest and the strongest. Even then. Sacrifice. Mostly.”

Gun looks up from the flames and at Merlin – disgusted. “You’re kidding, right?”

Merlin looks away, to avoid eye contact with Gun – whose leers dismantle his otherwise confident demeanor. It’s silent for a moment before Gun answers – “Yes Merl. I’ve had to kill some folks. A lot of folks.”

The three go silent once more, as Gun throws tinder onto the fire. Merlin breaks the moment by saying  “Welp, that’s enough for me. Susannah?”

Susannah responds “Just a minute honey. I want to talk to Gun for a little bit. See you at your place?”

Merlin looks at the two curiously. Dismissing his instinctive jealousy “Yea, sure.” he smiles and shakes Gun’s hand “It’s good to have you back brother.” Gun doesn’t answer, instead simply nodding. Merlin leaves the two and resigns to his room – in the compound.

” He really is happy to have you back. You know that?” Susannah says.

Gun is silent. She continues. “We all thought that you were dead. Don’t get me wrong. We had hope. But after Crow fell…”

“Okay.”, Susannah says nervously. ” We’re all just happy to see a familiar face return home to us. Do you mind?” Susannah reaches her out and points to Gun’s satchel of bourbon.

“Free country.”, Gun says, handing it to her.

Susannah takes a large gulp and coughs for several moments after. She tosses the satchel back to Gun and responds “Used to be.”

It was the first genuine smile, Gun could remember himself having in years.

“So what happened with you two? When I left you guys hated each other. I half expected one of you to have killed the other by now.”

“It was all a front.”, Susannah says. “Some of the elders found out what was going on between us. They disapproved of ‘extramarital relations’. We had to come up with some way to quiet everyone down, before they had me stoned.” Susannah jokes.

“They probably would’ve tried.” Gun jokes in return, and the two laugh. “So, Richard. He’s?”

“Merlin and I had been on patrol one night. No funny business, just a legitimate security check. A group of those… things; had gathered around the perimeter. They were trying to climb the gates. Merlin and I shot them down. I don’t know if it was fate, or god, or (Susannah stops again, holding back tears) the devil. But as we shot, there he was. He looked like himself and something hellish at the same time. I couldn’t shoot. I just watched him climb.”

Susannah continues. “`He just. Kept climbing. Before I knew it he was on the other side. Our side. I called to him. He didn’t even recognize me. I shouldn’t have let him get that close. “

Susannah reaches out for Gun’s bourbon again. Handing it to her, Gun warns “Don’t finish it.” Susannah agrees and drinks from the satchel before proceeding.

“Merlin shot him. If he’d gotten any closer, I wouldn’t be here. I owe him for that.” Susannah says while wiping tears from her eyes.”

” Then the funny business?” Gun jokes, attempting to push away the sadness.

Susannah laughs, and nods, yes – while wiping the remaining tears from her face with her sleeve.

Susannah stands, hands Gun his satchel and concludes. “I’m just telling you Gun -when you go out there – if you find Misty, just be ready to do what’s necessary if the worst has happened. I know you may not feel like it, but you mean a lot to all of us. We need you here.”

Gun nods. Sue kisses him on the cheek and leaves him alone by the fire. Staring at it, Gun thinks to himself  –Bitch drank all my bourbon, as he shakes the pouch.

About an hour later, a sleeping Gun- is awoken by the reeling screech of tires coming in from the distance. He gets up and walks toward the gated perimeter. As the screeching sounds grow louder he removes his shotgun from its’ holster and places two rounds in the barrel.

Slowly approaching the gate -he waits. The sounds grow louder, but there are no headlights, and at this time of night – the without those it was near pitch black. Gun grows anxious, as now in addition to the screeching of the tires, the smell of burning rubber overcomes his senses.

He darts his eyes back and forth, in an attempt to isolate the direction that the vehicle is coming from. West, he thinks- aiming his shotgun toward the sound. Gun waits – as the screeches grow louder and louder. Seeing the vague outline of the car in the darkness he shoots. The vehicle careens into the fence- nearly toppling over.

A woman’s voice screams from the car “Please! They’re coming! Please help us!” Gun would normally ignore her shrill pleas, but deemed this serious.

He places his shotgun back in its’ holster and climbs the fence. On the top – he looks off into the distance and sees several dozen headlights – all converging toward the base. The woman’s voice screams again “Hurry!”

Gun’s frozen in a stare, as he watches the cars speed up.