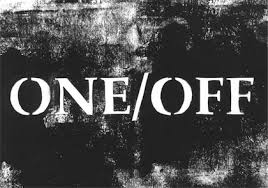 Welcome back my war-torn word hoarders (Ah. The muses beseech me once again.) *Sidenote- Bet you can’t say “war-torn word hoarders”  five times fast, in a row.*  Those who dare attempt this challenge will be awarded TEN EXTRA seconds of life (meaningless now, but in that final moment CASH IT IN!!!).

Anyway. (Wow, that was a long way to go for a punchline.) The One Off, or as normal people refer to them short stories, flash fiction, experimental prose, etc, etc.

Now for starters, I enjoy writing these simpler things. Not only does working on them provide me with some downtime (away from the main project), but it also allows for a degree of practice (ensuring that – despite my, self- sabotaging habits- I retain my accrued skill).

I’m sure other fans of the medium have their own reasons, but the fact is that it’s a generally good habit to develop. Especially for a career writer.

The reason this topic has become the stick betwixt my buttocks – was born out of a disagreement (as all rants are). Now to be fair – I will give you the other person’s argument verbatim “Blah, blah blah.  Constructive creativity . Blah, blah, blah, distraction. Hooba, habba, geeba, gabba -literary function.” Okay, maybe not “verbatim”.

The core of their argument was basically that by writing these One Off projects – distract from the main thing, while also creating something that does not hold much value literary or otherwise. To which I responded, “Unless you collect them and release the collection as an anthology.”

In return, I received a blank stare, so I continued “Or post them on blog sites. Or post them on on a self-hosted site, you know- like I do.”.The stare was then accompanied by a limp jaw and a “F#@k You!”

My point to you is that ANYTHING you produce within your field of creativity can ONLY benefit you -the creator. We need that tangential release, many times you will find yourself making something phenomenal.

It’s the one distraction that’s perfectly acceptable. Don’t let anyone tell you otherwise.

I suppose the one warning is that you don’t let it permanently sidetrack you.

Also, #unrelated- NEVER give in to the pressure to release ANYTHING. Unless you have a specific, contractual deadline – you literally have all the time in the world to get back to your main project. Use that time to deliver the best version of it that you possibly can.

Returning to my point, One Off’s, can help relieve the tension and stress of a singular project. We’ve all felt that claustrophobic pressure. It’s antiproductive, why add to that pressure, by not allowing your mind some mini vacations? Don’t limit your creativity, pretty sure that’s a rubrics cube of fuckery that you genuinely don’t need.

Do let your detractors do it though. Watching them crumble is pretty validating. Sadistic, yea. I know. I’m working on it.