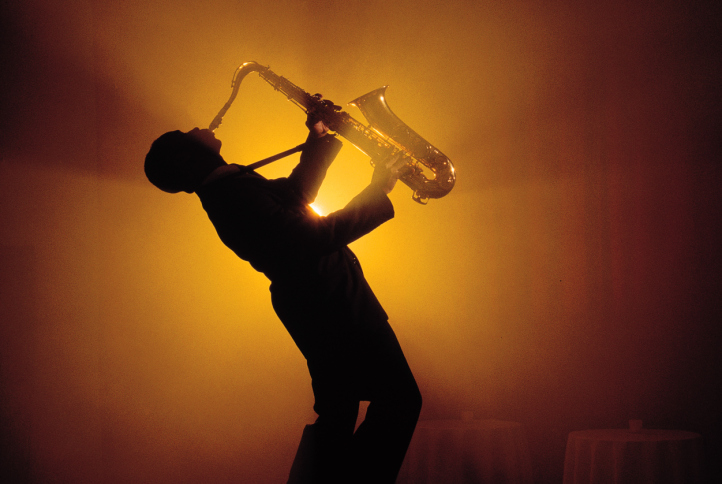 Hola, all of you nihilistic necrophiliacs (traversing the dead sea and drumming up deader bodies). So, I’ve got nothing much to report. If I’m being honest, (which I mostly am) I’m currently involved in a –Writer’s Crisis-  moment. That being said -let’s burn some material. Enjoy!

I was just a boy when she thrust me into manhood. I had no business traversing her sumptuous curves yet -somehow I was chosen. I’d seen men fall to their knees – weakened at the thought of her disrobed silhouette. Her dresses never left much to the imagination. Even at sixteen, barely accustomed to my own erection, I knew she was more than just another piece of trouser candy. I had to have her.

I wasn’t allowed in the jazz clubs. “Stay away young man, go home and study”. Oh, I studied. All it would take is some facial hair and swagger. Luckily my brother knew how to stencil in a phony beard. Looking back, it was pitiful – a testament to my young desire. The bouncer knew, but I think even he could appreciate my determination. We’re still friends today – mostly because I think he enjoys hearing the story.

Follow the music I thought to myself, as I checked my tweed coat. Okay, okay, it was my father’s. Don’t judge, my ambition knew no bounds. Smoke filled the room – a combination of tobacco and it’s pine-cone smelling counterpart. I miss it. The band played the smoothest melody, that could crack a nazi’s demeanor. How could you not sway as they play the gay of humanity? The old meaning of gay, not the slur. Foolish children.

I sat alone in a booth in the back of the nightclub. My face itched from my stenciled in “beard”. The piano helped to distract me from scratching. The keys-man , the keys. And the chords man, the chords. Strung together like a blanket of dove feathers. It enveloped me. Encapsulated me. It, screw it man – just play.

I ordered a glass of champagne to keep up the illusion. Of course, I got some stares, but I was well-behaved -so they let me be. I just sat in my booth and listen to the masters play. Damn, how they played. I had almost forgotten my mission. The muses, they would call it. A dimly lit stage filled with hope and pain manifested in a swirl of smoke that danced along with the pull of the bass strings – the soundtrack to my wanting, my waiting, the inevitable.

Two glasses of champagne later, I became flustered and impatient. As I pondered leaving absent of achieving my goal -it happened-

“You new around here?” she asked.

I shuttered at the thought of responding. I believe, I answered – “I am.” She smiled and sat beside me. I almost released at the smell of her perfume, and the warmth of her body so close to mine. She continued to speak to me, and I listened – trying my best not to get too lost in the fullness of her lips.

“Got a light?”, she asked, attempting to break my wildest imaginary fabrications.

The band had distracted me. It was like a dream. The woman of my heart, the music of my soul – playing in tandem. I was just a boy. How would you have handled it?

“I guess a girl’s gotta’ fend for herself” she joked.

I was back. In the smoothest transition from my fantasy, I answered “Yes.” – reaching into my pocket I felt around for the matches I had stolen from my brother. Hey, he wasn’t using them.

They had been hanging out of my shirt pocket. She had no issue pointing this out. A class act she giggled and tipped her flapper toward them. I laughed back and retrieved them. Lucky for me I had a fascination with fire. I guess that’s why she attracted me as well. I had no problem lighting her up. Jesus! Even the way she puffed from that thin tube – had a sensual poise.

We sat for a time and enjoyed some wine, I shouldn’t be mixing drinks – but I had to impress her. She moved side to side with such sexual fluidity – as the the band played the theme of our union. I stole every glance that I could -until she noticed.

“Can I help you with something dear.”

She had no idea how much she could. I had to play it cool. “No, no sweety. You’ve done enough.”

I’ve heard too many of these machismo stories. Each line I said, more plagiarized than the last – but it seemed to keep her around.

“You some kind of hustler or something.”

I should’ve said no. In my only original response of the night, I said “If it’s working”. I’m pretty sure she was charmed by the sheer naivety of my answer. We laughed. She placed her hand on my leg, ever so gently. Thank god I was wearing dark pants.

As I smiled, she licked the thumb of her glove -and wiped some of the stencil off of my cheek. I was caught red-handed. The color flushed my face. My erection ran into hiding. Before I could come up with an excuse she giggled, and told me to “Get that mess off of your face.”

Embarrassed, I panicked and prepared and thought of running. She grabbed my belt and pulled me back into my seat.

“Stay and enjoy the show honey.” she said -staring directly into my eyes.

She would later tell me she saw past the boy, and the saw the man I would become. She was full of it, but papa always said “Never fold when the cards are in your favor.” He probably meant something else. The lesson applied either way. She tamped out her cigarette and approached the stage.

“Ladies and gentlemen please put your hands together, and give a warm welcome to the lovely, the beautiful, the talented, Miss Esperanza.”

The crowd gave a subtle applause. I was whistled, then to returned to clearing my face of the stencil. She sang – as beautifully as you can imagine. It took me. It took all of us.

One thought on “The Jazz”