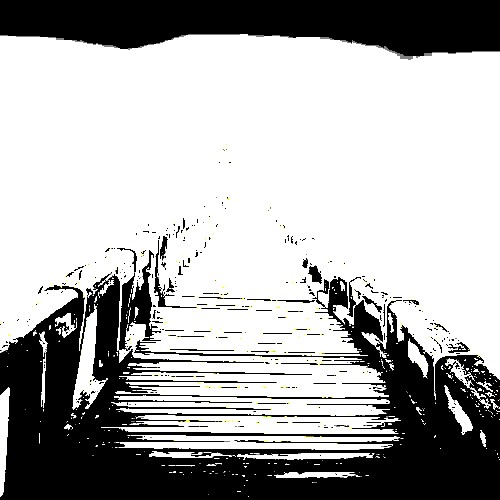 I struggle with the plastic. God damn thing must be polyvinyl or some of that other new age crap. What the hell would have been so wrong with a paper bag? Old school. Efficient. It’s not like we’re saving the thumbs for a special occasion. Not one that we’d think was special, anyway.

Then, it hit me like a packing truck, Why me? Why not the Chief? I’m just your standard dick, allegedly. Homicide ain’t my deal. Then again, it ain’t exactly MCPD‘s specialty either. Crew of sheep-minded son’s of bitches rallied behind a Churchill impersonator. “Hmm,” I make myself laugh. I can’t wait to say that to his face.

The shepherd for those sheep is an ass-clown by the name of Seymour Boeing. He’d tell you to call him “Chief”. I’d tell you to leave the conversation. He and I don’t exactly see eye to eye. If he had his way, I’d be locked up in an asylum somewhere–pumped full of “happy pills” and next in line for a lobotomy. But, he needs me. Tough luck, “Chief”.

More than likely Boeing will just take the damn thumbs, give them a once-over, then force feed them to his pooch while he swings his flabby jowls in protest. He’s grown proficient in barking front-page worthy phrases words like “heinous”, “tragic”, and “brought to justice”. Meanwhile, the streets run red.

Like all of the police chief’s before him, he’s just a mouthpiece for fluffy rhetoric. The kind of thing that helps weak men and their old ladies sleep well at night while their neighbors are raped and murdered in their beds just a few doors away.

Not good enough, bub. Not by a mile.

He’s a face. A watcher. Another pawn on the chessboard of bullshit. Not the man I knew. Not my old partner. We swore to clean up this town together. Brothers. Our paths diverged. I walked away from the corruption. He stayed to get fat off its teet. All while screaming “We’re hungry…Feed me”. He’s right. It is heinous and tragic.

He was a good man, once upon a time. He’d take a bullet for you if you asked nice enough. Who’d have thought that all he’d ever be good for was spewing out quotes for the local paper and trying to shove his prick between the legs of mourning wives and daughters?

He’s a different kind of monster, now. The legal one. We were friends once. It doesn’t matter. He’s one of them now. Can’t blame a pig for being one. Besides, as much as I hate to admit it–I need him too. Can’t keep myself out of a cell.

I lose my patience with plastic. Crazy broad must’ve burned it to a seal. Old trick for quick preservation. Popular with smugglers. My only question is, what the hell was she trying to preserve? I lick my teeth clean. I’ll have to bite it open. There’s a flask in the car. It should kill some of the rotten aftertastes.

I stare at the bag and open wide. The thumbs marinate in a small stew of their own blood. I search for the cleanest point of entry and prepare to dig in. I tell myself it’s just like biting into a steak. One of the thumbs flips over. I pause and lose focus.

Sirens blare loud enough to wake the dead. Maybe they’re trying to. I shove my hands in my pocket as a line of officers start off and away from the crime scene. Thankfully, my snack will have to wait.

“Finally,” I mutter to myself and speed walk in the opposite direction–toward the pier. The coroner’s still there. So is an unmarked police car. Looks like Boeing and I will be having a reunion.

I move in the shadows while most of the pink-bellies leave. Four bodies stand at the edge of the pier–smoking and barely moving. The last of the extras zoom past me. I break from the shadows. It’s best that they see me coming.

I’m close enough to smell the water. Salty stuff, mixed with moss and fish turds. The waves batter against the piers wooden legs like a boxer delivering an endless series of haymakers. It makes the swelling panels tremble under my feet. Soothing, really.

A board creaks under me. The squeak is like a rusted door-hinge. It interrupts their moment of silence. Boeing gives me a glance. He nods off his backup and the white-suited coroner. No words, just a fleshy back and forth waddle of his neck.

They toss me a look over their shoulders. It’s all the motivation they need. Boeing waves me in. His lackey’s walk around me like I’m the angel of death. Lucy’s pleased. I stop a few yards away from Boeing. He lights a cigarette. I listen for the pitter patter of his men exiting–stage, fuck off.

I light my own tobacco stick and meet Boeing at the edge of the pier. “Benson,” he says. I don’t like his condescending tone. Lucy growls. I let it slide. “Boeing…” I answer calmly. The name of the dance is the waltz. You have your space, your partner has theirs. Dance right and no one’s toes get stepped on.

He puffs his cigarette without inhaling…the fraud. “I assume that telling you to walk away from this one will do me no good.” He spins to look me in the eye. He takes me in, up and down and up again. Power move. Adorable. “You look like shit.”

“I should. Your wife doesn’t let me get much sleep these days.” I take a hit of my smoke to show him how a man does it. He smirks.

“You haven’t changed a bit, Benson.”

“Wish that I could return the compliment.” You’re getting emotional Luke. Stay on task. There are a dead guys thumbs in your pocket. Find out why. “What’ve we got?”

He hands me a photo. Young broad. Blonde. Not Etta. “Annie Maye.” He speaks with a grumble like he’s got a throat full of pudding. “…Bar-maid at a local gentlemen’s club.”

He knows. I give him a look. “Are you sure that this is the game you want to play?” I hand him back the photo. He hocks up a wad of mucus and spits it into the ocean. “Capone’s. East and 17th.” Good boy, Boeing. Good dog.

“Did you know her?” I hit my cigarette and toss it in behind his loogie.

“Sorry for your loss.”

He turns back to the sound of the ocean. “As it is. As it should be, I suppose.” I start to walk away. I’ve already got what I need. “Benson!” he calls. I stop walking but don’t bother turning around. He continues. “How long’s it been now?”

He couldn’t just let me go. “Thirteen years next month.” My hand balls into a fist.

“Thirteen years…” he lingers on every letter like he’s peeling a scab. “That’s a long time. Seems half that long ago. Still fresh in my mind.” He knows what he’s doing. Not today, Boeing. Not today. “Do you still have the nightmares?” He says.

“They never stopped.” Lucy’s screaming so damn loud for my trigger finger that I’m starting to think she can actually speak. It wouldn’t take much. Two shots to the head. One to get it done. The second just to see it happen closer.

“If you ever bring up my daughter again, it’ll be your body chopped up and tied to a pier.” He says nothing.

I taste the blood in the air. It wasn’t pretty. I didn’t expect it to be. Boeing’s eyes follow me as far as they can without straining. I could feel the pressure from his leer drilling into the back of my neck.

“East and 17th,” I say to myself and reach my hand into my coat-pocket. I toss the thumb-bag around for a second or two before nutting up and just bear-clawing the hell out of it. It occurs to me. Late, but it occurs to me.

I pull the bag out of my pocket and stop just as I reach my car. I look left. I look right. I stretch out my arm and give the bag of thumbs a good old fashioned squeeze.

My hand’s covered in blood, but the son of a bitch is open. “Small miracles,” I whisper and dip my trigger finger into the hole. I have the thumbs. Male thumbs. Wrinkled. Soggy. Albert Green’s. I go to my car and flip on the headlights. It’ll help me get a better look.

There’s something under the fingernail. Red gunk. Not blood. I sniff it. Definitely not blood. Lipstick?

I get in the car and check my watch. It’s after two.

Luke Benson will return in…