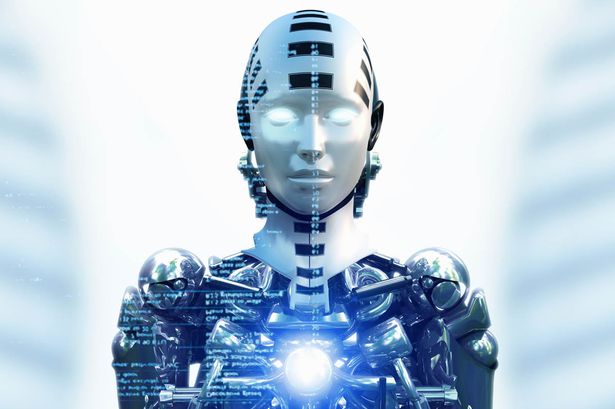 Greetings, and happy weekend my wearily winning wordsmiths. As always I hope that this message reaches you well (please feed the bird that dropped it off). Now, before any of you get all “tripped out” – yes this is the weekend (as if you didn’t know) – yet I’m still posting. Not for any odd reason (other than the usual) , but I’ve recently been reinvigorated – and have decided to share my -(what I hope is not drug induced) thoughts with you on some things. But first-

Machinists, (otherwise known as -the name our future robot overlords will hold with pride).

As creatives, we tend to move through phases, (don’t worry, I won’t list them in any excruciating detail) – but these phases essentially define the type of artist that we are in the moment. From the dormant (between projects) to the active (do I really need to explain that one?). In either case, my point is that being a creative is not unlike being a machine. Whether we’re currently “on” or not – we still exist to serve the primary purpose of creating and sharing with the world.

This idea *prophet voice* “came to me in a dream”. When you actually break us down to what we are and our function in the universe, we are very much machines (though, let’s face it – our function is much cooler than most others). Now I’ve discussed this idea with a few colleagues, and they disagreed (as I had hoped, because I love “umbrella” conversations such as these). But what they had to say was interesting as well. I’ll share that with you now, (why do I always feel the need to tell you guys what I’m doing?)

“I AM WRITER. FEED ME WORDS”

Okay, okay, I’ll get back to it. Now, I may have this a bit wrong – but generally- my colleagues thoughts on the matter were that “We’re not so much machines, as we are machinists”. This stance could obviously be interpreted to be true as well. (But you’re my loyal tribe. DON’T BETRAY ME!)

By machinists – they mean that rather than actually being the “machines” – we’re the operators of the respective “tools” that we’re given. To them, we are faced with a variety of options to use as our creative outlets, we chose the tools we desire, and use them to do our bidding. It’s understandable to see it this way.

My rebuttal was, of course, that – once we’ve chosen our tools, and put them to their subsequent use – they become a part of us. We use them, yes. But without us, they are nothing, and without them – we are nothing (metaphorically speaking of course). So in this way we become a part of the multiplicity of working parts. We are the primary motivator of these working parts, and thus the defining aspect of the converged variants. Therefore-

However way you see it, both sides of the discussion can agree that there is a mechanism at work here. Whether you see yourself as it, or as a part of it – take pride in it’s existence, the part that you play in it, and be the best of either that you can be.

Enjoy Your Weekend Everyone,