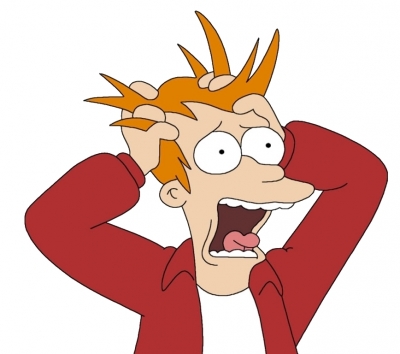 Oh my a post a day, will this be the dawn of a new hyper sensitive pretentious growth? No not at all self, and welcome all you veterans of various testicle wars, I believe it’s safe to say in that, if nothing else that we are all winners.

So I’ve got a lot on the brain which probably explains why I’ve been hanging around like an ankle bracelet, but I feel it’s for good reason, besides quitting smoking is such a pain in the lungs, it helps to keep my fingers busy (get your minds out of the gutter, besides I did that already and her head caught fire) any way.

There’s this thing called Panic Theory that I’ve been working on. Here’s a little background information. Being that we live in the age of technological advancement, and hyper (yet also anti) social times, it can be easy to become overwhelmed from it all.

(I’d like to preface this by saying “Reptiles, this probably doesn’t really concern you.) Moving on, so I’ve found that nowadays there are basically two kinds of reactions to this kind of new social order.

There are those who blindly follow it, essentially just building off of the flimsy foundation relatively without question, so long as there is promise of acceptance into the zeitgeist, you know, the average person.

But than there are those, (and this is the interesting part,) that develop these kinds of emotional disorders or ticks. Many are prescribed (or self-prescribed) some kind of numbing medicine, while others remain untreated. The latter are where this theory really takes hold.

I’ve surmised that it is possible that those who go without medication, while simultaneously questioning the “status quo” become subject to a kind of racing and ever intruding thought process, that in essence ends in the development of a panicked and ever worried state.

Now these people can fit in just as normally as anyone else, however, internally they are being (metaphorically) torn to shreds by the opposing parts of their psyche. The side that wants acceptance, and the side that doesn’t, thus you get the artist. (No relation)

Maybe it’s common sense to some of you, but I just find it weird that this hasn’t been spoken of or discussed on a wider scale, I suppose that it would be hard to prove, and even harder to study.

So for those hanging on the edge of your seats, I can give you at least my general take away from it. Some people fuckin’ suck, for no reason, at all, and they always will. My advice, don’t let that play egg salad with your insides, they’re like that because they’re stuck, you’re like this because you’re not. It’s called the winners circle.

And as far as what to do with this theory, I don’t know about you, but I’m gonna write a book about it, seeing as this post has kind of deflated my need to seek revenge.

Venting on a theory,